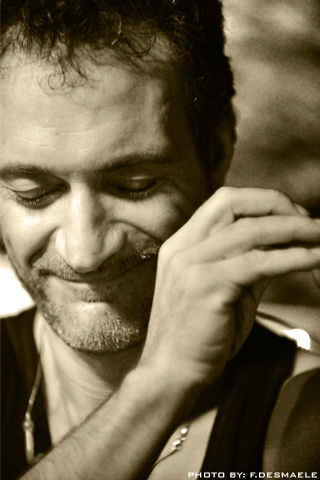 He then moved to Rome, at only 20, to pursue his musical studies.

Basically self-taught, he studied afterwards with some friends-colleagues-teachers, in order to follow specific musical topics Always active in the field of percussions, he has spent a lot of time studying dynamics, sounds, articulation and sound quality of many percussion instruments, going then back to drums, his first passion.

His personal way of playing drums has been described as sunny and clear, just like a real “groove man” must be, but he took part in several original ethnic drum sets projects as well.

Established as a successful drummer after many musical tours and albums with important Italian and international pop, jazz and folk singers and songwriters, he’s also been working as a producer, author, drum teacher and drum clinics anchorman in music schools and shops.

His current musical project is known with the name of ZAC IN PROGRESS ZIP.

He also worked for main record labels as RCA, RICORDI, POLYGRAM, CGD, along with independent labels as KINDERGARTEN (Florence), CANTARE IN ITALIANO (Rome), Kafer records and other ones.